Looking Back: 10 Things That Have Changed the Workplace

We've wrapped up the 20teens, and now that January is over we're in full-blown 20adulting let's take a look, shall we, at a few things that have changed the workplace (and HR) world in the past ten years.

1. Recovering from recession.
In 2010 we were all faced with picking up the pieces of massive reductions in workforce, hiring overqualified employees because they needed any job they could get, and an overworked environment where employees were forced to do more with less. Employees became much more suspicious of organizations, their trust and commitment tested, and now organizations had to evolve. In many situations, employees lost pensions, retirement, their homes - the idea that your employer will "take care of you" became a fallacy. Many HR departments were not prepared for the downturn. The aftereffect is now a generation that witnessed themselves or their parents dedicating years to organizations only to be canned. We know that this economic issue that affected employee's personal lives has contributed to a generational philosophy of "I'll work where I'm getting what I want/need." Faced with this scenario, HR has had to adjust its recruitment and retention strategies, knowing that employees may not commit to their employer.

2. ACA (Obamacare)
By far, one of the most significant structural changes in HR was the adoption of the Affordable Care Act (ACA) or "Obamacare." HR Departments across the country had to invest time and energy on learning the new rules, working with their vendors, and ensuring they were compliant. And compliance changed depending on the administration. From an individual mandate to employer mandate, an more - the benefits department had to stay up-to-date on the ever-changing insurance market. Employees children up to age 26 and those with pre-existing conditions were included in new policies. Not to mention before the ACA 40 hours was considered full-time based on long-standing wage and hour federal labor laws - but the ACA established a 30-hour rule - this changed the game. Additionally, internal communication was necessary to inform employees of changes. We had businesses scrambling to shift employees to contractors, or reducing full-time down to part-time due to the financial burden this placed on them. And to this day we're still dealing with

3. Same-Sex Marriage
In 2015, same-sex marriage was declared legal after a contentious battle from state to state. Finally, after years of debate, the federal law was changed. For many HR folks, there was already some groundwork laid around LGBTQ issues (allowing domestic partners on insurance, for example), but now things took a considerable shove forward. This legislation changed the landscape of how we talk about spouses in the workplace. Besides, with the fight for equal marriage rights settled, it now broadened the discussion to other important LGBTQ issues (transgender rights, bathroom laws, name changes, etc.) Today the modern HR person has seen a more progressive and inclusive environment towards LGBTQ issues. For example, gendered dress codes are a thing of the past (or they should be). And it will continue to grow and grow as the next generation continues to embrace gender fluidity and break with gender norms.

4. Increased Diversity
Along those same lines, we saw a considerable boost in diversity and inclusion departments and a significant focus on hiring a more diverse workforce. The #BlackLivesMatter movement had its beginnings in 2013, and the conversation in the US was all about equity. While this movement highlighted police brutality, it brought an in-depth discussion on race issues - and for HR people, that meant tackling hard topics in the workplace. Challenges to recruitment efforts were highlighted - are we hiring to create diversity, or are we creating a space for diverse people?

5. Increased Technology
Arguably the most substantial and most discussed change in the past ten years it the increase in technology, which has brought about its own set of solutions and problems. Most notably, the speed at which information can be transferred has created a workforce that is fast-paced and always connected. Today's employee doesn't want remote work; they require it. Additionally, employees aren't required to work on-site anymore. With globalization, employees can work from anywhere in the world as long as they have a laptop. Have our old school "butts in the seat" leadership methods caught up? And for HR, this increased technology allows us to have more data, more analytics, more information at our fingertips. Long gone are the days of filling out benefits forms, termination carbon-copies - say hello to big data. This new wave means HR practitioners need to up their game from day-to-day clerical to tech-savvy data scientists.

6. The "Millennial" Discussion
The generational gap is waning, and the emerging workforce is predominantly younger and much more spirited. In the past ten years, we saw tenured, experienced Boomers retire, and a new workforce enter the market. Millennials demanded more hands-on management from their leaders, better work-life balance, and career development from their companies. Now Millennials are approaching middle age, and a younger Gen Z is emerging. Will Millennials mentor them? Invite them into their circles of trust? Or will they chastise them as their Boomer elders have done?

7. Active Shooter Training
While active shooters are a small percentage of workplace violence, the general increase of active shooters still poses a threat. With the rise and the public's ongoing concern, HR departments were having to create training programs and procedures to address the worry. Also, the physical space where the employees reside, as well as security protocols, all needed to be reviewed and revamped. Lastly, HR has to think about mental health and the way our employees feel when they exit. Cause the last thing anyone wants is an armed disgruntled ex-employees on the premises.

8. Expanded Benefits
The past decade has seen an expansion in benefits to employees. Employers have to remain competitive for talent. As well as seeing a necessity for things like on-site child care to develop an inclusive and diverse workplace. From unlimited PTO to paid paternity/maternity leave, to flexible work schedules, employers are ponying-up and even getting creative. And while some areas are adding chef-made lunches, we saw a further decrease in more expensive necessities like tuition reimbursement or traditional retirement plans.

9. #MeToo
After multiple companies, celebrities, politicians, and business owners faced serious accusations and legal battles with sexual assault or sexual harassment, employers perked up. Massive amounts of women began telling their stories - and it was way more than anyone predicted. HR was once again challenged to review processes and training to ensure the workforce was prepared for when a #metoo moment can happen to them. Culture became a considerable discussion in the workplace, and breaking the silence of workplace harassment was at the forefront of leaders.

10. Gig Economy
Calling employees independent contractors to get out of paying taxes, benefits, and overtime is not something new to employers, but it seems we've created a new phrase for it. The "gig economy" is an ideal business model for organizations. It lowers labor costs, establishes flexible staffing that can surge up when needed, and a flexible workforce. But employers need to beware that public demand, legal challenges, and new legislation cane come down the pipeline to ruin it all.

Are there any other things from the past decade that have changed your workplace? What would you say has been the most significant change in your work from the past 10 years?

Not exactly the last 10 years, but I've seen my office and many other succumb to the temptation of an "open office floor plan" for cubicles. https://www.washingtonpost.com/business/2018/07/18/open-office-plans-are-bad-you-thought/

I feel your pain, but not without reason. While the open floor plan is the bane of employee's comfort, the reason many companies adopt this model is to increase communication, camaraderie and create a more "sharing" culture. And while open floor plans are ONE method that may support that idea - it hardly is the catalyst. Another good article with some research links: https://www.fastcompany.com/90204593/heres-the-final-nail-in-the-coffin-of-open-plan-offices 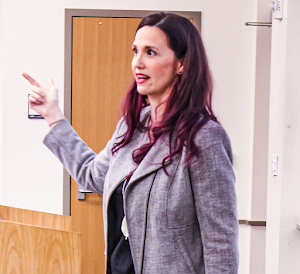